One day a small boy called Charles Chaplin was walking along the street in London. It was a cold winter's day in 1900. He wanted to buy some bread, but he didn't have any money. His father had died when he was very young. He and his brother, Sid, had to work to help their sick mother.

Although Charles was small, his dream was very big. He wanted to be a great man in the world of films, so he worked very hard to become a good dancer and singer.

Thirty years later, this same boy was among the most famous people in the world.

Even if you do not understand English, you can enjoy his films, because no words are used in his films. 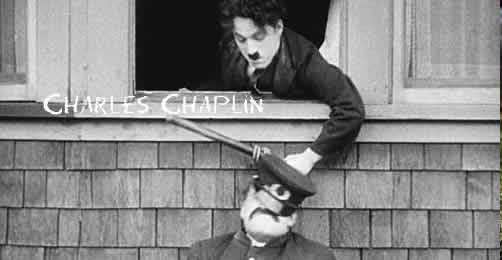